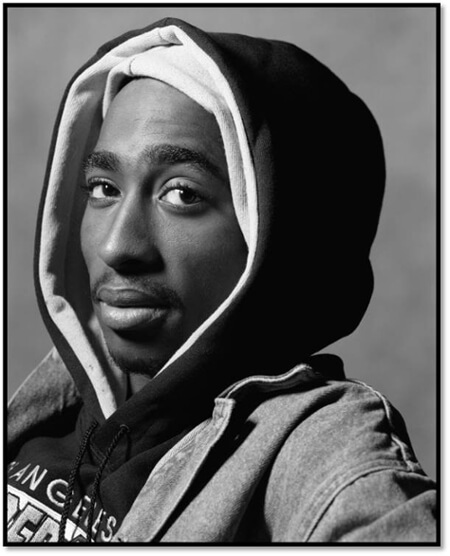 June 15, 2017 (ATLANTA) Clark Atlanta University (CAU) celebrates the release of the new Tupac Shakur film, All Eyez On Me. The movie, set for nationwide release Friday, June 16 on what would have been his 46th birthday, depicts the life and legacy of Shakur from his younger years in New York City to becoming a nationally acclaimed artist, activist and cultural icon. Shakur’s handwritten manuscripts, writings from his diary, song lyrics, and other personal items are housed at the Atlanta University Center (AUC) Robert W. Woodruff Library.

The AUC Woodruff Library, which serves Clark Atlanta University, Morehouse College, Spelman College and the Interdenominational Theological Center, has served as custodian of this unique collection of Shakur’s work since 2009. His mother, Afeni Shakur, a political activist and well known member of the Black Panther Party, gifted his collection to the AUC Woodruff Library in 2009. Access to the collection will be limited after June 30, 2017.

“The collection includes more than 25 boxes of Tupac’s work,” says Library CEO Loretta Parham. “Ms. Shakur chose the AUC  Woodruff Library because Tupac loved Atlanta. She wanted his work to be explored and used by academics to develop more intellectual thought around her son’s work and hip-hop culture,” Parham adds.

It took two years for archivists to categorize the collection which covers 1969-2008.  “Anyone who considers themselves a Hip Hop Head or a Tupac fan would benefit from exploring this collection of his most intellectual work,” says media and hip hop scholar Nsenga Burton, Ph.D. “Tupac was a thinker. He was a child of the Black Panther movement. He used his platform, his music, and his interviews to discuss serious, complex issues in a brilliant way.”

This fall CAU plans to develop academic programming around the education of hip hop. “It’s bigger than the songs you hear on the radio, it is an entire culture that needs to be understood,” says Burton who also served as a visiting scholar on race and reality in 2014 in the CAU Department of Mass Media Arts.

In commemoration of Shakur’s birthday, the AUC Woodruff Library will host a special viewing of original materials from the Tupac Amaru Shakur Collection in the Archives Research Center on Wednesday, June 21. Guests may RSVP to archives@auctr.edu.